The range of cheap Nerf guns is huge and many are well under the $20 mark which makes for affordable fun.

Our pick for the best cheap nerf gun is the Nerf N-Strike Elite Stryfe – it combines 6 dart capacity with fast, accurate firing, easy handling & light weight with plenty of options for customizing.

Also, as of October 2016 at least, it seems that the only mark against it with reports of jamming issues has been resolved. For the price, there’s no reason not to buy it. 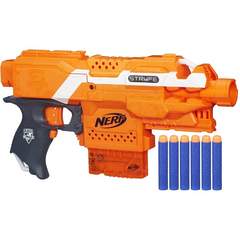 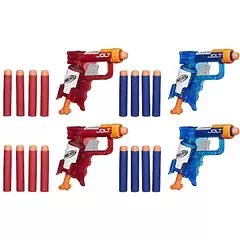 If you’re unfamiliar with Nerf guns (also called blasters) it helps to know that there are 3 different types, each with their pros & cons.

The size, weight, power and effective range generally increases with each type. Effective range is the distance that the dart shoots straight – basically how far it’ll shoot accurately.

The manually operated blasters have an internal air piston powered by a spring which is used to fire the darts (also referred to as “springers”), whereas the battery powered models use a pair of flywheels to fling the darts through the barrel of the blaster (called “flywheelers”).

The battery operated semi-auto models also load each dart automatically from the clip, so all you need to do is pull the trigger.

Even the basic single shot Nerf guns pack some punch in a size no larger than an adult’s hand. Eye protection is a particularly good idea and the potential to damage breakables in the house is all too apparent. I’ve listed some of the more popular safety and accessory items at the end of this article.

Even though kids as young as 5 could operate some of the Nerf blasters, the recommended age is 8 and older.

The battery powered semi-auto N-Strike Elite Stryfe is our pick for the best cheap Nerf gun for kids.

Being a battery powered semi-automatic blaster there’s a bit more going on than with a simple springer nerf gun. First of all you’ll need 4 x AA batteries so make sure you have some handy.

The darts are loaded into the clip which slots into the bottom of the blaster. The spring inside the clip is soft so this is easy to do, but a bit fiddly for young kids. Also, try to not bend the darts or they won’t fire straight. Number 2 is the clip release button. You can press this forward with your middle finger while holding the blaster, making it very quick to swap clips (assuming you have some spares strapped to your tactical vest). 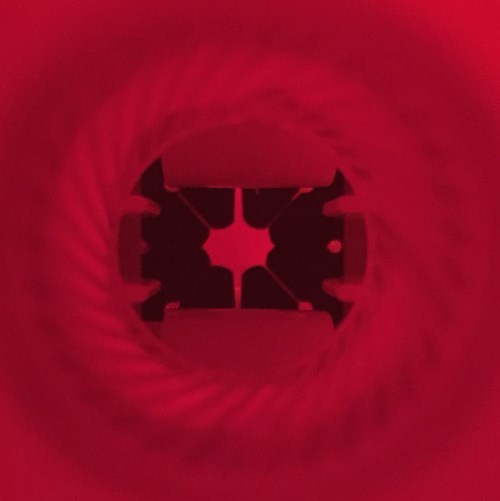 If you want to see the inside of a Nerf Stryfe, or want a step by step how to remove the trigger lock, check out my article 2016 Nerf Stryfe – No More Jamming? 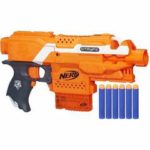 The Nerf Zombie Strike Hammershot is our cheap choice Nerf gun for kids due to it’s awesome value for money, 5 dart capacity and reliable operation. The Hammershot is a simple blaster which also makes it very reliable. In simple terms the darts are loaded directly into the front, the hammer is cocked down for each shot (which also rotates the barrel) and the trigger fires each dart pretty much instantly. 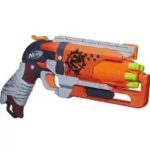 These N-Strike Jolt single shot blasters are barely longer than the dart within, but are surprisingly powerful! This 4 pack of Nerf guns with 6 red and 6 blue darts is perfect for party games. 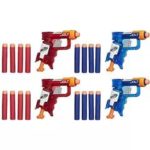 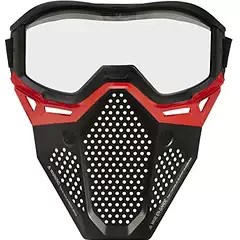 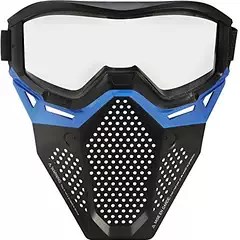 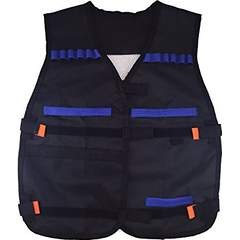 Features velcro closures and an open mesh back for maximum breathability in the heat of battle! 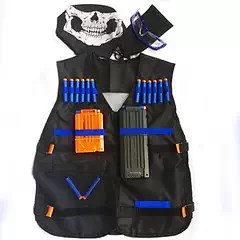 Wireless Headphones for Kids and Teens